We love dim sum. Our whole family does. From time to time we’ll eat at another one of our favorite Chinese restaurants in Bandung – The Duck King. It’s located inside the Paris Van Java Mall, arguably the most popular mall around. Convenient huh? Anyway, for this food trip, we only had dishes that are listed on the paper menu (placemat) for dim sum. We’ll probably give a different review for the other non-dim sum dishes another day.

Food comes relatively fast and tea cups are frequently filled. Most waiters and waitresses are patient, polite, and friendly.

It has a typical Chinese restaurant ambiance. If you’re looking for a place to sit and have a quiet read or work on your laptop, I’m afraid this place isn’t suitable, especially on Sunday mornings. Large gatherings may even be held here at times.

This is our TOP favourite dish in Duck King. For those who don’t eat spicy food, we urge you to try this without eating too much of the sauce (We hope you’ll be converted). For those who can’t live without spice, you’ll love this one as much as we do. We promise.

It’s pretty good, but not the best we’ve had. The skin is not thin enough and the soup and filling aren’t as tasty as the best ones we’ve had (Din Tai Feng is our #1 when it comes to Xiao Long Bao).

It’s only average I think. But good enough to be included in your must-haves when you go for dim sum, because what’s dim sum without one of its staples?

4) Steamed Dumpling with Prawns, Chinese chives and chicken (known as “the green dumpling” to us):

It’s surprisingly good! Meat-lovers usually shun away from the thought of consuming vegetables in a dumpling, but you MUST give this one a try. It’s yummy!

I just love how the steamed and fried are juxtaposed in this dish. We love fried dough fritters! Pour the soy sauce over it and you can eat it with or without the peanut sauce. We’ve had a friend who thought this was supposed to be a dessert dish only because there’s peanut sauce!

Another top-of-the-list dish. Yes it’s not very dim sum-like but we eat it for dim sum anyway because it’s delicious and very tasty.

** Other dishes not mentioned but should be tried: 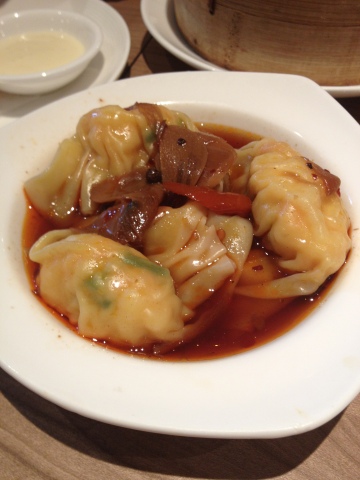 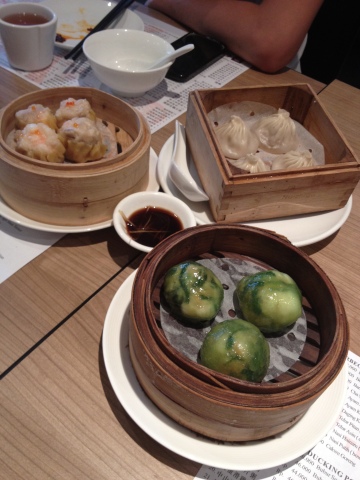 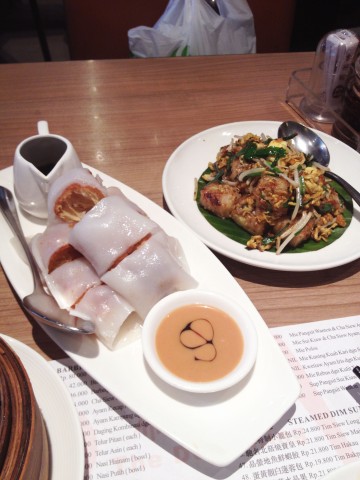